Erv Herman is a Computed Tomography Supervisor at the Riley Hospital for Children. In his current capacity, Mr. Herman effectively utilizes his expertise in topics related to computed tomography by managing the department, communicating with the physicians, and instructing students and technicians. He possesses a sophisticated background in his field, on which he has continued to build after having become involved in the industry due to a growing interest in computed technology. He has always been interested in helping children, and he remains abreast of trends and developments in his field as a member of the American Society of Radiologic Technologists and the ISRRT. Mr. Herman is a proud father of three, and he and his wife are the grandparents of a beautiful granddaughter. 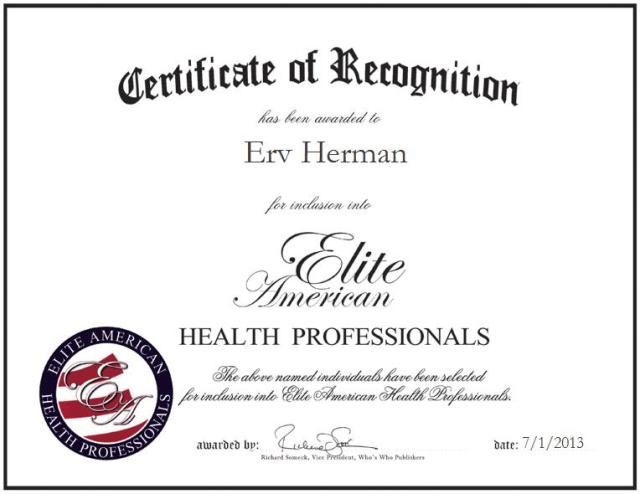