Howard J. Peters, OD is a retired optometrist, formerly of Eye Q, a leading optometry practice based in Atlanta, Georgia. Prior to his retirement, Dr. Peters utilized a copious skill set which encompassed an expertise in optometry and refractive surgery in a capacity that allowed him to evaluate and treat patients suffering from refractive problems, and to perform pre- and post-refractive surgery. He became involved in the optometry profession after being inspired by the interest of his late uncle, Mr. Sol Scriven, in optometry, and his uncle’s pioneering work in the late 1940s in the first mass production of contact lenses to the general public in the United Kingdom. Today, as a writer, Dr. Peters expresses his ideas of science fiction and politics in print.

After retiring, Dr. Peters has been able to vividly articulate novel visions that span across the genres of science fiction and politics. In 2007, he authored “Download: An Alternative Story of Noah and his Ark,” a piece that covers the story of Noah’s Ark using an unconventional approach. With gorilla people and humans seeking refuge from a chaotic, contaminated, futuristic world, the innovative story bears resemblance to the Biblical story of Noah’s lions and tigers being saved from the storm. If he could solve one problem in the world today, Dr. Peters would like to cure humankind of its worst disease: evil; he finds it strange that the word is the reverse anagram of the word “live.” In “Download,” Dr. Peters writes: “Religion is a gift from God. Cherish it. Do not abuse it and never fight over it.” Dr. Peters introduces humor, wit and craftiness into his three-part novel for which he is currently writing a sequel, entitled “Upload,” an alternative story of the future.

Dr. Peters was educated in Barnet, Hertfordshire and London, UK. He obtained a U.S. green card as an outcome of his pioneering work in refractive surgery with the Optimax Clinic in London, UK, and with Trevor Woodhams in Atlanta, GA. For the best part of his professional life, Dr. Peters ran three of his own optometry practices in and around London, UK. In his early professional days, he gave lectures on the “Psychology of Hypnotism” to groups for charity with a small demonstration. Dr. Peters feels that he has been able to achieve success as an author and medical professional due to his supreme modesty; he has said: “There is nobody as modest as I am!” 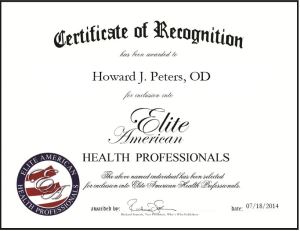